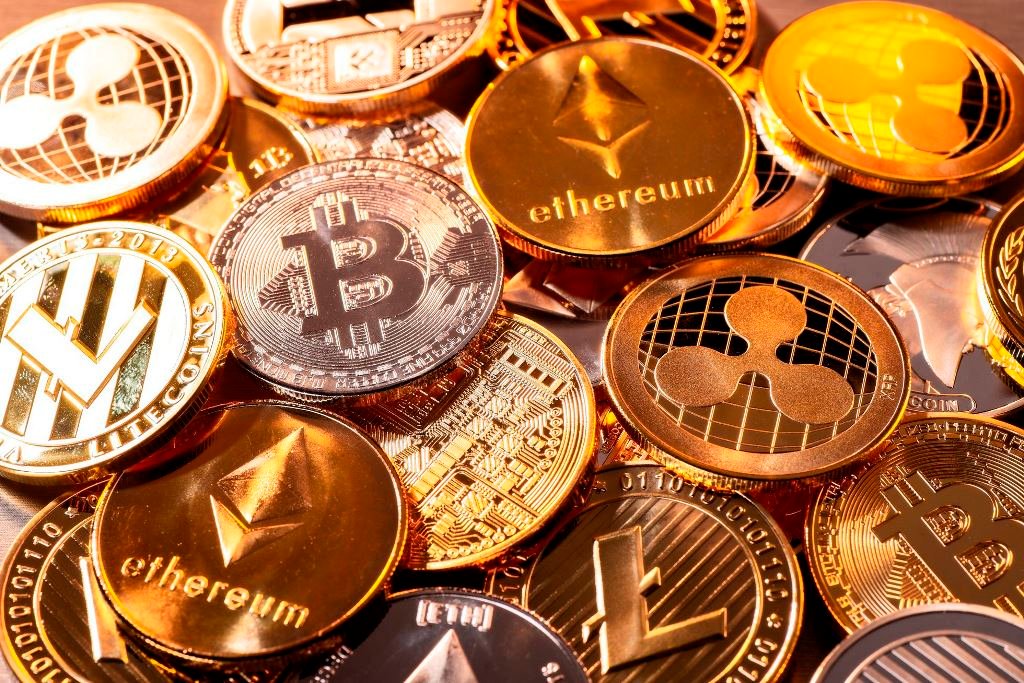 Cryptocurrencies in Cuba: What changes with the regulation of their use?

Recently, Resolution 215 of the Central Bank of Cuba (BCC) published in the Extraordinary Official Gazette No. 73 established the conditions for the use of cryptocurrencies in the country.

Negolution spoke with Cuban economist, professor and consultant, David J. Pajón, to understand what this measure means, what changes it proposes and how it could impact the country’s private sector.

What was happening in Cuba with the use of cryptocurrencies before the decree-law?

Actually, the first regulatory effort in the field of cryptoassets dates back to Resolution 215/2021. There, it was explicitly stated that transactions with virtual assets between individuals were not prohibited. In addition, other eventual developments were outlined, by providing powers for the Central Bank of Cuba to grant licenses to “virtual asset service providers for operations related to financial, exchange and collection or payment activities, in and from the national territory.” In turn, the BCC could authorize the use of cryptoassets in commercial transactions for reasons of socioeconomic interest, as well as their use by financial institutions and legal entities among themselves and with individuals to carry out various operations.

This was an important resolution because it recognized the existence of a phenomenon that was transcending the spheres of family and individual practices to gain weight in consumption, investments and transfers of various kind. In turn, it dissociated itself from other regulatory exercises that in the past have used prohibition as a first reaction to the “unestablished” and ratified the use by individuals. It also suggested that the authorities could have an experimental inclination with respect to the practical use of crypto.

In April of this year, Resolution 89/2022 gave continuity to the regulatory effort, and reaffirmed the intention to move towards practical developments in the use of cryptocurrencies, although the experimental nature is declared. The notion of permissibility in the individual arena is maintained, and the practical possibility is opened of applying for licenses for virtual asset service providers.

What does the decree establish?

It establishes the specific requirements for the authorization, regulation, monitoring and, in general, the interaction of the BCC with virtual asset service providers operating in and from the national territory.

The resolution specifies the documents and information (very detailed, including on the type of assets to be used, platforms, business proposal, structure of the organization, initial capital, fees and commissions to be applied in operations, among others) to be submitted by license applicants, as well as the deadlines for evaluation and a decision from the BCC, and several guidelines for the operation of suppliers in terms of the use of national accounting standards, and establishment of controls to avoid money laundering and financing of terrorism operations.

The license to act as providers must be requested by both interested individuals and legal entities before the BCC, which after evaluating the request and in case of approval, issues a license that explains the characteristics of the authorized service, including the type of cryptoasset. Licenses are granted for one year and extendable for an additional year.

The different economic actors that can apply for a license is very broad, and includes legal entities established locally or in other jurisdictions, with or without cryptoasset service provider licenses in other countries; as well as individuals domiciled in the national territory or in another jurisdiction, including those already holding licenses to that effect in other countries.

What will be legal and what will not?

The present resolution does not appear to collide head-on with the previously established principle of non-prohibition of transactions with virtual assets between individuals. However, when these transactions occur in a certain volume, under conditions, periodicity or inserted in the context of an activity oriented to obtain profits on a regular basis from the provision of services to third parties, they could fall within the focus of the present resolution and the interest of the BCC, which would imply the need to have a virtual asset service provider license. The latter could have an impact on the operations of actors that operate in informal areas or that were in regulatory limbo, such as the regular exchange of cryptocurrencies, the processing of transactions combining the use of cryptos with other international means of payment, individuals or groups working to raise funds for trading or different investment variants, individuals who perform multilevel marketing for any initiative that involves cryptos, etc.

As for what will be legal to do in practice in terms of licensed providers, it remains to be seen. The resolution demands that applicants provide ample details regarding the corporate purpose, planned activities, operation model, virtual assets to be used, etc., which opens up a very wide universe of possible proposals, the totality of which escapes any anticipation exercise. This may include the development of wallets for payments between individuals and businesses, payment services aimed at facilitating foreign trade operations, investment funds, projects aimed at raising funds (local and foreign) to be channeled towards productive investment, the creation of credit mechanisms, two-way international transaction processing services, and many others. The questions are associated with whether the authorities already have in mind a type of business oriented to a target public that they would like to promote, and whether they will accept other “innovations” or will restrict approval to very limited spaces.

It is to be expected that, if a certain number of providers are approved, eventually the BCC will grant authorization to some state-owned enterprises to use their services, or start using cryptoassets in certain operations.

What opportunities does this decree open up, especially for new economic actors?

From the point of view of various agents that operate in Cuba informally, it theoretically opens up the possibility of legalizing their activity and making their income transparent.

If the authorities in charge of the approval of licenses welcome innovation and the diversity of projects that can be generated, a variety of actors could proliferate, which in addition to filling needed spaces for individuals, ventures, the public business sector and even national interests, will mean increased competition for the few operators dedicated to the crypto field with a view to including the Cuban public (living in Cuba, or outside Cuba), and teh creation of new exchange channels and offers that compete in terms of transfer costs. This is very important for the arrival of remittances and capital involved in ventures, but also for profit remittance processes. In the case of the latter, the authorities can encourage crypto to be remitted abroad, while maintaining the usual barriers to the outflow of traditional currencies.

The authorities will be able to have a clearer vision of the magnitude of the crypto phenomenon, capture revenues through taxes, preserve traditional currencies in the country, promote funds for productive reactivation, promote public-private alliances, enable crypto spaces in state-owned fintechs (ENZONA, Transfermóvil), and explore international payment channels that circumvent the growing restrictions the country is facing to honor its commitments. The formalization and monitoring of official operations could result in the protection of users and the continuous generation of mechanisms that redirect flows and innovations towards national priorities.

The domestic private sector can benefit from the possibility of accessing growing bidirectional capital transfer channels, new international payment mechanisms, growing relations with the international banking sector using fintechs that operate with crypto as a bridge, thus obtaining payments in cryptoassets of stable value that protect them from inflationary processes or exchange rate fluctuations and that can be converted into net income formally and quickly or serve directly as a means of payment.

For successful operators based abroad, it would be necessary to analyze whether there are sufficient incentives for them to open operations in Cuba. More than physical spaces to offer services, some may need to inaugurate coordination offices to establish links with local private and state operators.

The Blockade and cryptocurrencies

The Blockade already affects Cuban users living in Cuba. There are a certain number of exchanges and projects in which they cannot participate or where they have to work around obstacles to do so (blocking of IPs coming from Cuba, the impossibility to register without KYC and upon revealing themselves as Cubans the account is canceled, participating as a user without KYC but then facing restricted amounts or functions, loss of funds obtained, etc.). It is also to be expected that the entities in charge of monitoring and enforcing the Blockade regulations against Cuba in the United States will remain aware of developments in the crypto field and will eventually take actions that will try, at least, to affect the participation of the state sector in various operations or its interaction with certain economic actors.

However, the interesting thing here is that by their nature, cryptocurrencies provide users with greater independence in their various roles (investor, end consumer or entrepreneur who buys inputs or capital goods, issuer-receiver of capital) and the creation of new projects will tend to generate growing channels that can be explored by all agents. It is not an easy or 100% infallible path, but opportunities will definitely open up.

What does regulation or authorization of the use of cryptocurrencies mean?

Opportunities appear for the formalization and proliferation of numerous initiatives, the realization of which will depend on the understanding and consent of the authorities regarding the various innovative projects that will surely be presented. It will be risky for informal operators to maintain visible marketing and promotion operations, as their unregulated frameworks tend to shrink.

This regulation seems to endorse a commitment by the authorities to options that generate greater openness and flexibility for the participation of the non-state sector (and new levers of support for it), as well as the intention to deepen practical developments in the crypto field.

It is important to note that this Resolution is one of the few that has a non-discriminatory character by allowing the participation of Cuban individuals or legal entities (which could be private) in the business sphere to be regulated, together with state or foreign actors. A question arises here, as to whether this represents a contradiction with respect to the restrictions that prohibit domestic private persons from participating as bidders in financial activities included in Section J of the National Classification of Economic Activities (CNAE), or whether the crypto issue will be treated completely separately from the CNAE/prohibitive list as regards non-state business forms.