The success of Gabi & Sofi as a Cuban toy brand, entirely produced in Varadero, has been noted by many throughout its five years of existence, bringing joy to a multitude of children and their families in a large part of Cuba. However, the growth of this business, created within the Decorarte Non-Agricultural Cooperative, is not only inspired by the world of children and their needs, but also by the work of a huge team that seeks to fulfill dreams and expand values for children’s full growth.

But offering a wide range of products ranging from educational and ecological toys, decoration, furniture and designer lighting, to school supplies, clothing and cartoons, does not happen overnight. After taking advantage of a huge investment in equipment and technology made by Decorarte, and in view of the lack of children’s products in the national market, Ariel Balmaseda, president of the Cooperative, and his wife Isabel presented the idea for this brand, which today represents almost the totality of their income.

What did it mean for Decorarte to venture into the production of children’s toys as a new brand and line of business?

“I think it was a big risk we took because we did not know about the children’s world at a professional level to be able to start a promising path in this area, but we began to study and the whole team of the Cooperative began promoting this product,” Ariel Balmaseda explained. At that moment, everyone’s work was focused on “making the Gabi & Sofi product credible, from the point of view of image and design, from the conceptual point of view and from the safety point of view.”

With these principles in mind, they have dedicated a lot of time and attention to toy certification. “It is a very long and complex process, but we have managed to certify one hundred percent of our toys, which in the end gives you a guarantee that what you are selling provides safety to the child that other similar products do not provide.” In addition to the national endorsements “we managed to access international standards for the production of toys and on that basis our toys are made. Gabi & Sofi can stand anywhere in the world and compete with any toy brand in terms of quality and safety, because they are made, designed and based on the same foundations as other toys made by big brands.”

Why go beyond the design and manufacture of toys to also focus on the promotion of values and comprehensive education?

“Just as we realized that there was a need for children’s toys, we also noted the need to educate and rescue values during childhood. Our mission is to rescue and promote those values. To provide children with a different vision of life, love, friendship, solidarity and patriotism.” As if that were not enough, this team provides an important boost to family integration through one of its business lines called Constrúyelo tú mismo (Build It Yourself), through which children are encouraged to assemble their toys with the company and support of their parents.

“We also have the Volver a ser niño (Be A Child Again) line, aimed at those who work in offices, so that people can remember their childhood and relieve stress at work; the furniture line, designed so that they do not use screws or glue, only assembly; and a line called Natur, developed with natural materials and an ecological vision.”

What is the production cycle based on the recycling of wood from the tobacco industry?

“Necessity generates great solutions and given the crisis of supplies and materials that the country is facing, we turned our eyes to the fact that Gabi & Sofi has to be an ecological and environmentally friendly brand. We found that the production surplus of Tabacuba’s tobacco boxes was useful for us, it was something viable. We acquired that raw material and with that 90% of the toys are assembled. By January 2022, all nylon and plastic will disappear from our brand. Our toys will be packaged in paper bags and cardboard boxes, completely eliminating the damage that still remains in the sales packaging.”

Everyone on the team participates with their proposals when coming up with new designs, which then go to a commission that selects the best ones. Then “the prototype is made, it is checked against the standards, it is taken to be certified and is ready for use. In this production process, many technologies are used (50 million Cuban pesos have been invested), and we have all kinds of printing, cutting, and a large amount of equipment that allows us to generate a product of the highest quality at the international level,” Ariel Balmaseda explained.

Although the brand is entirely produced in Varadero and opened its first store in the peninsula on November 1st, in collaboration with the Caracol chain, Gabi & Sofi sells its toys and other creations in stores located in the National Zoos in Santa Clara, Ciego de Ávila and Camagüey; in the amusement park in Cienfuegos; and is in the process of opening another ten stores, including one in the city of Matanzas and two in Santiago de Cuba.

While calculating how to cope with the high demand, the team doesn’t neglect the visual aspect of the brand, that attracts children and pleases families. In this sense, they are working on a movie and an animated series; they keep the brand’s official YouTube channel (Somos Niños) very active; they are rehearsing to film the pilot episode of a TV series under the name Aventuras de Gabi & Sofi (Gabi & Sofi’s Adventures), and they are recording two children’s music albums from which ten video clips will be released.

You also offer ideas and support to parents on what to do with the kids. Where does this inspiration come from and how do you keep it active?

“There is a large and well-structured marketing team, with visionary, capable and talented people who design the content that goes online and make it happen, all contributing to the promotion of the brand. In the case of the messages we use for families, they are based on consultants: psychologists, psychopedagogues, defectologists, speech therapists, who review the content and even suggest new topics. Everything that is seen on our social media has behind it a very large apparatus of review, consultation, analysis, so that the message that goes out is ideal and well conceptualized. We do not want to do anything improvised because we are talking about the future of children, because we have to take care of them, from their physical safety to their psychological wellbeing.”

How is the process of expansion into the international market going and what potential do you see?

“In 2018 the German company Profümed contacted us and although they initially presented the idea of having an exclusive agreement for the brand in Germany, France, Switzerland and Austria, after a study on the potential of Gabi & Sofi they proposed becoming the global distributors of the brand. So far, due to the pandemic, we have not been able to do much, but we have a well assembled and well thought out system so that Gabi & Sofi will be among the leaders in the world, not only in the manufacture of toys but also in the section of theme parks, which will be play areas, without electrical equipment, just for play and to have fun. All this is part of the promotion and international expansion of the brand.”

To all this, let us add that, following participation in the Salzburg furniture fair in Austria, the team has reached agreements with European wholesalers in the furniture market and today the brand is registered in more than 40 countries and progress in registering it in other places is being made. According to Ariel Balmaseda, such expansion “will be based on a brand license agreement we have signed with the Germans and they will produce most of these products outside Cuba, certified by the European Union. What we are going to earn with this agreement will be used to generate money for national production.”

For Gabi & Sofi, dreams and projections as a business are already a reality within reach. As part of their philosophy as a comprehensive children’s brand, Ariel and Isabel have a motto that they apply to their children Gabriel and Sofia: let them be children. On this basis, they work to promote a happy childhood where the link with music, visual arts or play and their brand contributes to their personal and spiritual growth as children. 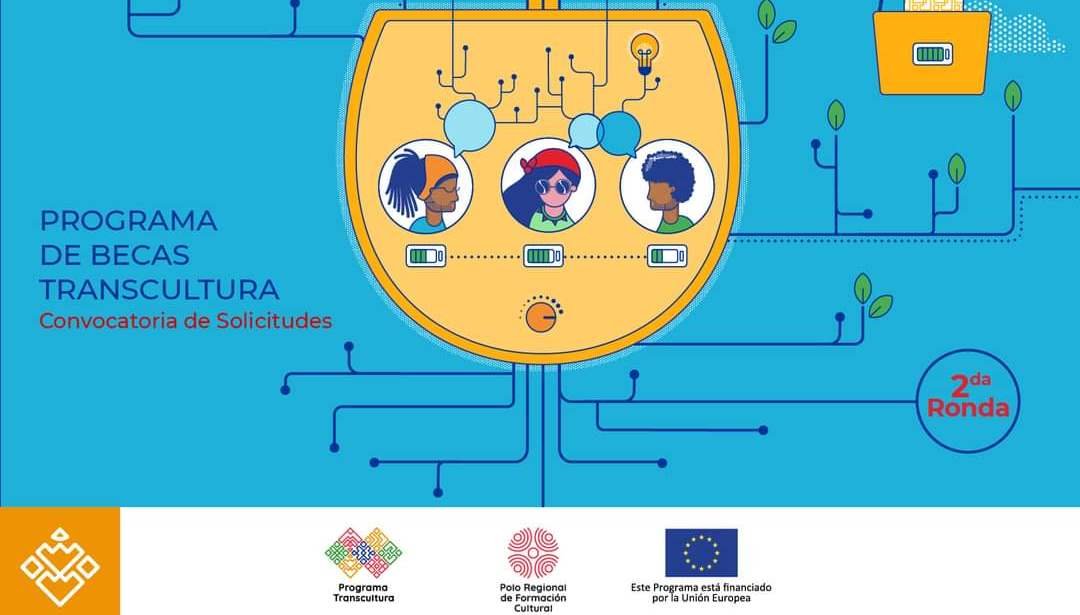 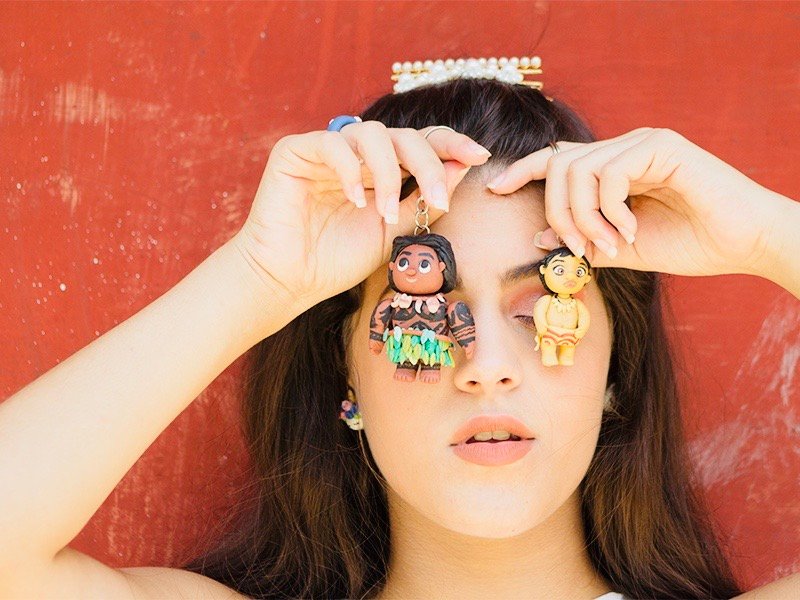 Made by Hanny: Home to your favorite characters 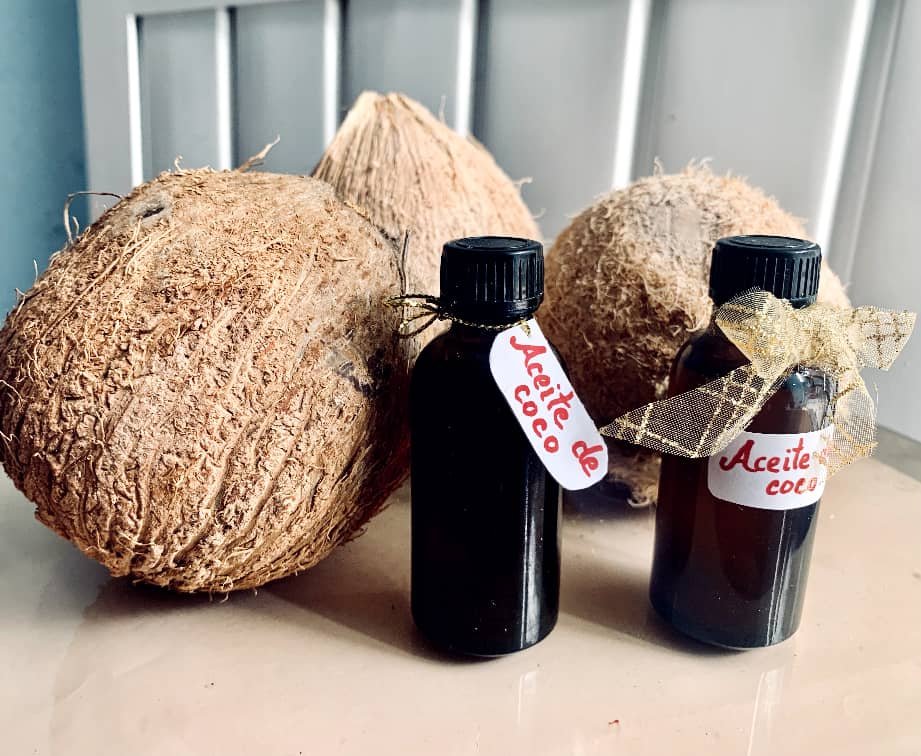