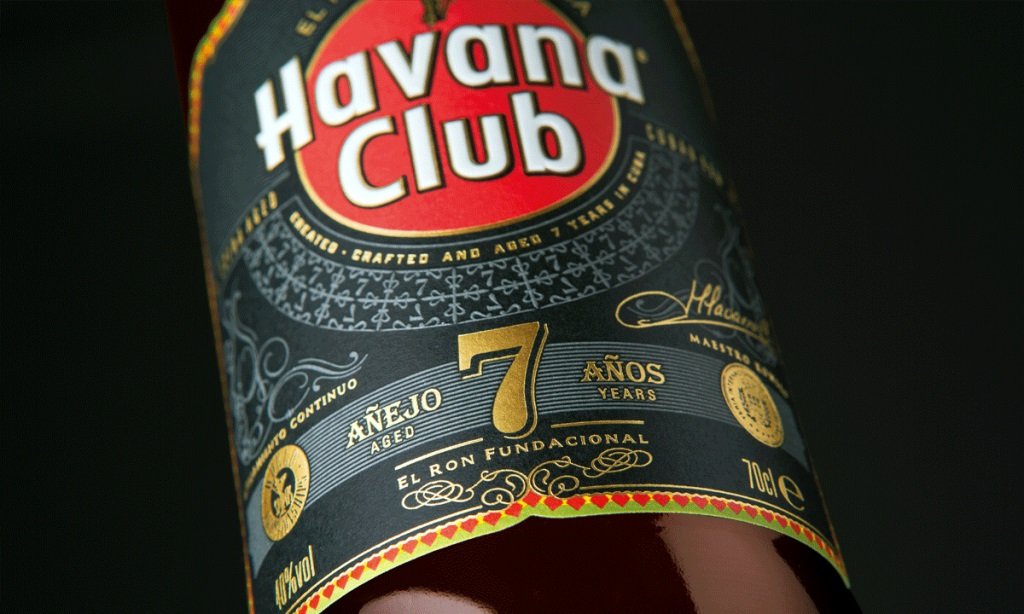 Havana Club is the second most preferred brand of bartenders around the world. Experts put this distinction down to the brand’s capacity to continuously innovate and assume new trends, and the strategy of developing its high-end and exclusive ranges.

Likewise, the Havana Club International company, created in 1993 as a joint venture between Cuba Ron and the French firm, Pernod Ricard, has adapted to the increasing popularity in the spirits market of Super Premium rums, and those offered in handcrafted formats.

The commitment to foundational objectives such as: the targeting of young people over 18, and the promotion of new styles of sustainable and responsible consumption, mean the brand is ranked number 21 worldwide, marketed in more than 120 countries. In 2018 alone, it made sales of 4.6 million cases.

Having reached markets in Germany, Italy, France, Canada, Chile and Mexico, the plans are to expand to China and other smaller destinations in Asia.

In January, directors of the Havana Club rum factory in San José – dedicated to producing the dark blends of the Habana Club range – reported that the Chinese market is growing by about 20% annually. They also consider it an attractive location for their entire range of products.

Havana Club 7 Años has established itself as the flagship product of the Havana Club International company, due to its history and sales level. This spirit, known as the foundational rum of continuous aging, was initially made to be drunk straight.

However, a little over five years ago, a variety of flavors inspired by the Caribbean island were launched on the market under the name Esencias de Cuba. The four extracts: coffee, honey, tropical fruits and aromatic herbs, propose a different way of consuming the product and underscore its natural properties.

Havana Club 7 Años was created in 1978 as a result of a unique and innovative process, in which a portion of the final blend is returned to the barrel to continue the aging process for several more years. Directors of Havana Club International report that annual sales of this blend exceed 350,000 cases.

One of the company’s main aims at the most recent edition of the Varadero Gourmet International Fair, held in 2019, was precisely to promote the brand’s star rum. In turn, the joint venture’s presence at the 20th International Wine Festival was centered on the exhibition of its portfolio of wines and the Campo Viejo range.

Last year, Havana Club International also participated in the 37th Havana International Fair, FIHAV 2019, whose main event was the presentation of the new product, Cuban Smoky, described as the first smoked rum in the country. Experts say that its taste is reminiscent of aguardiente and it has other organoleptic characteristics such as a fruity smell and a certain sweetness; likewise, its consumption strategy is through shots or short drinks.

Another of the most recent successes is the change of image of the Selección de Maestros, whose bottle is packaged in a cardboard box, in line with the policy of environmental conservation adopted by the company.

Despite the fact that Havana Club ranks third in world spirit sales and is backed by more than 50 medals in international competitions, its marketing in the United States is prohibited by the economic blockade imposed by that country.

The management of Havana Club International focuses, in particular, on corporate social responsibility. Other essential principles of the company are: the protection of the land where the raw material is obtained; the prevention of risks linked to the health and safety of workers; as well as the promotion of recycling policies and responsible behavior in alliance with educational institutions.

In a Master Class, organized on September 5 and 6, 2019, in the Hotel Parque Central, the international ambassador of the brand, Alfredo Guerra, stressed that: “Havana Club represents what is Cuban, it is our history, because since the times of the colony and the struggle for independence, together with the sugar cane, rum was always present.”