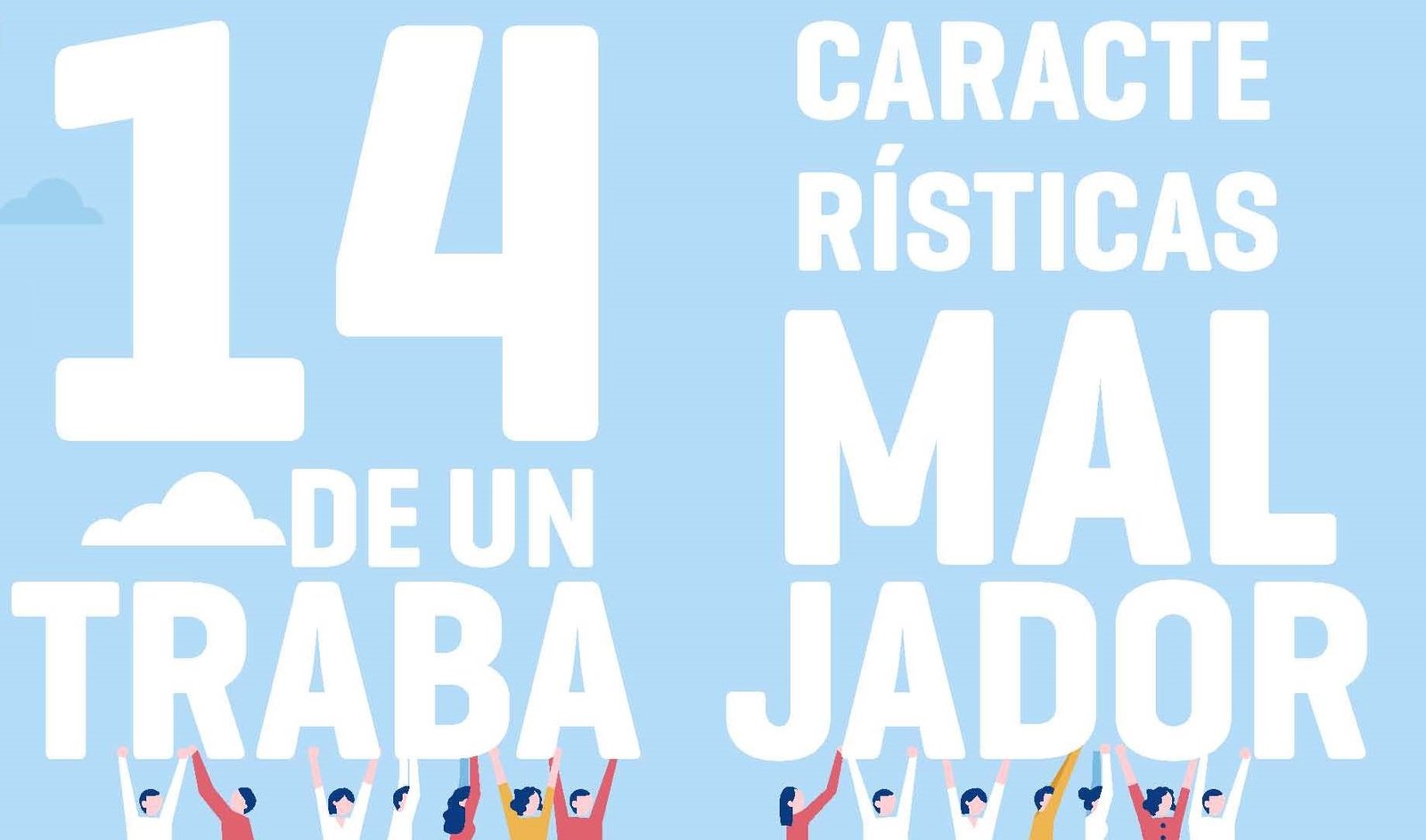 Fourteen characteristics of a bad employee

Believe it or not, today companies want their workers to grow as professionals; to demonstrate that they are committed to the brand; and be eager to excel and gradually climb up to the highest positions within the organization. There is nothing worse than a conformist employee.

When employees are not committed to and identified with the brand, they tend to be constantly dissatisfied. This doesn’t make them bad professionals, but shows they are unhappy in their role.

It is normal for each department to have a working team. Sometimes, the members of this team do not get along, either due to personal problems or the rivalry generated in the work environment. In other cases, there are those within the team who like to work individually, and don’t share information with others.

Some employees never take responsibility for their actions, always have an excuse for any situation to ensure they don’t look bad, and are even capable of harming the work and morale of their team.

Some employees are unenthusiastic about the achievements of the team, and their efforts are halfhearted and inadequate. One recommendation to inspire such an employee is to talk to him/her. Sometimes, such behavior is due to workers experiencing family or personal problems. Thus, it is very important as a leader to empathize and help the whole team, not only at work but also on a personal level.

This individual may not be the best employee in the company, but he/she knows all the rumors and corridor gossip. In addition, he/she spreads these among all those working with the brand. This type of person normally harms team work and the organizational environment.

It is not a bad thing to be an expert in an area, but it is to believe oneself to be superior to others, and humiliate colleagues in order to look good. Such employees are modest in front of the bosses, but what they actually do is humiliate the rest of their colleagues.

While it is true that some people have a strong character, creating conflicts and resorting to blows is quite another thing. People with such characteristics are very compulsive and seek to solve everything through fights and threats against their co-workers.

While anyone can arrive late at some point, when this gets out of hand to become an uncontrollable habit it can negatively affect the whole team.

Some employees are very proactive and always willing to carry out projects for the benefit of the brand. However, others show a lack of interest, and are unwilling to contribute ideas or participate in events.

There is nothing worse when working within a team than individuals who envy the achievements of their colleagues. Such resentment can create an uncomfortable organizational environment.

Such employees contribute absolutely nothing to their teams, but take all the credit for the group effort. They always seek, in one way or another, to look good in front of the bosses.

These are employees who have no idea what they are doing yet criticize the efforts of each member of the team. They contribute nothing and the only thing they know how to do is to boss others around.

These individuals are willing to lie in any situation. In order to save their own skin, they blame their colleagues for any wrongdoing.