Tracing the origins of Beyond Roots “A very particular store opened its doors in September, a unique space that seeks to rescue the values of Afro-Cuban culture”

“I never in my life visualized myself as an entrepreneur; I was very academic and passionate about research.”

This is the first response of Adriana Heredia Sánchez, the young woman who alongside José Luis Corredera Gutiérrez gave life to Beyond Roots, a brand that seeks to rescue and empower Afro culture, both inside and outside Cuba.

Adriana has combined her profession as an Economics graduate and professor at the University of Havana, with the role of entrepreneur for the past three years, and it was her love for research that led her to identify an underlying problem in Cuba: stigmatization and lack of knowledge regarding Afro-Cuban culture.

How would you define Beyond Roots?

“There were many people coming to the island, and I realized that the type of tourism that was arriving was different, they were people who came to understand Cuban reality a little more. However, the tourist offer we had designed for them was mainly based on history and architecture, but not on the way of life of the people.

“When we talked about Afro-Cuban culture, I noted that many people who visited us, mainly African Americans, arrived with a certain fear of it, associating it with voodoo, with negative things. But many others came with the need to piece together part of their past as Afro-descendants, and so they came to Cuba to try to some extent to complete the puzzle,” Adriana explains.

“That’s how the idea of creating the Beyond Roots experience was born. Foreign visitors reach the deepest part of the Havana communities of Guanabacoa to exchange with their residents, and learn from the Afro-Cuban tradition, not in a commercial way, but from the point of view of the rescue of traditions.

“This gave me a lot of satisfaction because after two months the locals wanted to start inserting themselves into the project. We started to grow in a very organic way: in a year we went from being three people to being 24, and from being Adriana’s project to being a community project, where we started to incorporate people who didn’t have a professional training, and we also transformed them into entrepreneurs,” she notes.

Adriana always conceived Beyond Roots as a space to educate people about Afro-Cuban culture, guaranteeing immersion through music, dance, culinary traditions and visual arts, which is why as the experience gained popularity on the Airbnb platform, she realized that it was necessary to take it further.

When did you decide to take the project beyond offering experiences?

“Many of the people who visited us asked if they could take a souvenir with them, something that would stay with them from the authentic Afro-Cuban experience they had with us. As there was no market that didn’t stereotype the image of Cuba, with the typical mulatto smoking a cigar, which is commonly found in any craft fair, I knew there was a new line of work for Beyond Roots.

“We started designing our own souvenirs. We incorporated graphic designers and began to make messages for pullovers, caps, and to try to create a joint network with other entrepreneurs who also worked the theme in their business; and convince them that it was worth opening an Afro line in their ventures,” she recalls.

That was the seed that gave life to the first and only Afro-style store in Cuba; a completely authentic space of knowledge that opened in September, and since then has gained widespread popularity in the national market. 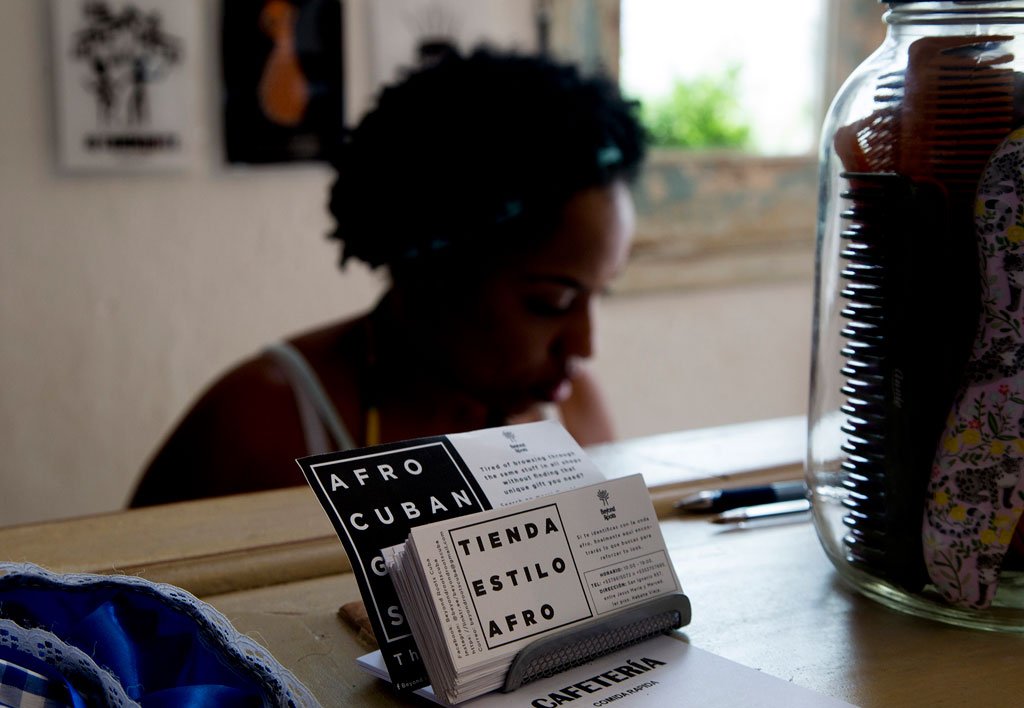 What can we find in this store?

“Jewelery, soaps, bags, and a variety of hair products, which mark a different style. Each item in the store has a logic, which not only links it to the Afro culture, but also tells the story of the person who created it.

“We have pieces of clothing with messages of empowerment, and clothes with African textures: a whole line of guayafros (guayaberas with African touches) designed by Barbara’s Power; because it is not about importing trends from Africa, but about maintaining our identity, what we are today, which is mixed-race.

“With Jabones D’Brujas we developed a line inspired by the Orishas of the Yoruba pantheon, based on the logic of ‘clean your skin and clean your soul,’ and together with the stylist Erlys Pennycook, we offer a wide variety of hair products under the Qué Negra brand, for all those people who decide to wear their natural Afro hair,” she explains.

What makes this space special?

“Our goal is to educate, so once a month we break the space barriers and go out into the neighborhoods. Together with the Barbers Streets project, we hold a free event in the communities, and we style people’s hair for free, we play music and combine it with styling; to raise awareness, so parents can learn how to treat their children’s hair.

“We also promote socially responsible entrepreneurship and environmental care. Everything in our store is recycled, from the furniture to the containers in which we sell the products, and we foster that same recycling culture in our customers.

“We are a very young team, where we all contribute ideas, and where we do training work internally, and develop educational work, because our logic is to create, not replace.”

And the biggest challenge for Beyond Roots?

“It is gratifying to see how we have created a supportive community around the Afro theme and our store. Every day customers arrive, hug us and thank us for the work we are doing. We have created the awareness that we are entrepreneurs but what we most want is to generate values, and show that we too, from any space, can play that role.

“Maintaining all this is our greatest challenge and at the same time a driving force. We have to raise awareness that we must venture with social responsibility, and achieve a positive impact on the community.

“It’s no wonder I have tried to incorporate many young people and students into this project: so that they see that by developing their profession, they have an opportunity here in Cuba, that the path is not always to emigrate. If you work hard, if you are intelligent, you also have the possibility to create something beautiful.” 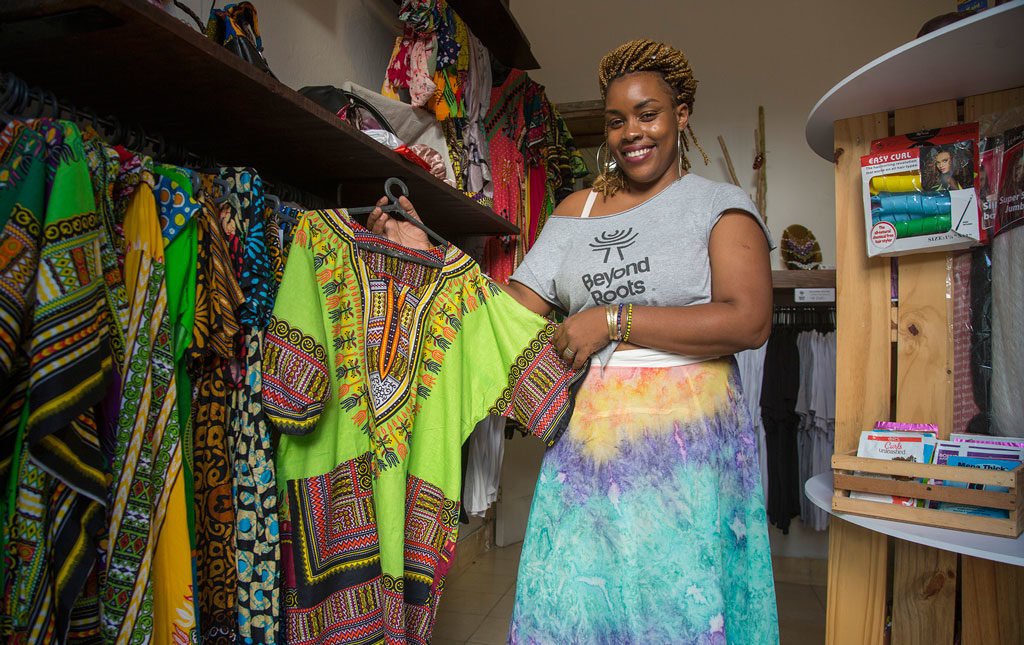