Sahily Romero: The chef who captures Cuba in a single bite 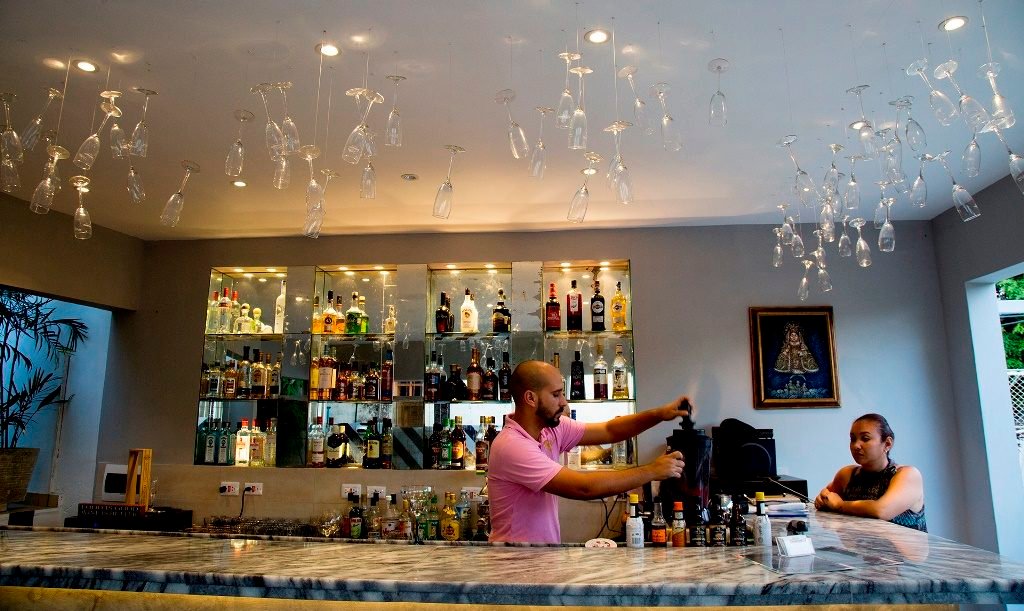 Even having tasted the flavors of Cuban Chef Sahily Romero, it is hard to imagine that her love of cooking started when she was just three years old, in Santiago de Cuba. Among the smell of the firewood burning, and the exquisite aroma of the food made by her grandmother, the only girl among 11 male cousins could be found preparing delicious tamales, separating corn kernels, or learning the secret of a delicious dish of okra and cassava. Many of the culinary techniques that she learned as a child accompany her to this day, and can be enjoyed in her restaurant “Rita & Champagne,” where this renowned entrepreneur lets her creativity run wild every day, surprising diners.

For several years, Sahily left her culinary mark on Madrid, with a restaurant of the same name that became famous for combining two unusual ingredients: pizza and champagne; as well as for her daring use of Cuban products, such as black beans. In 2018, Sahily decided to re-establish herself in Havana, and since then her dearest project, “Rita & Champagne,” can be enjoyed by anyone who visits the restaurant located on 49th Street, on the corner of 34th Street, in the Kohly neighborhood.

– When did you decide that cooking was more than just a hobby, and could be a business?

– Although I always cooked, and really enjoyed it, thanks to my mother and grandmother, two excellent cooks who hugely influenced me, when I was really young I didn’t imagine that I would be a chef. My dream was to be an architect, and in fact I studied Civil Engineering. When I moved to Havana, I began to work with several visual artists. I went to work for a time in New York, and there I became much more involved in the kitchen, as I had a friend who owned a restaurant. It was the late nineties, I was 25, and I began to see cooking as a business.

I went to live in Madrid, and in 2005 I decided to set up by own business, with some friends. It was a tapas bar and it was called “¿Qué tal?” Back then I was very bold, as I innovated with some of our ingredients. I used products like beans, which my mother had to send me from Cuba, as you couldn’t find them there. For the first time, I made black bean croquettes, fried cassava sweets, as well as a dish that I called “Cachita,” which was a charcuterie on two levels, inspired by Our Lady of Charity. That was my first endeavor with a project. My training has always been very autodidactic. It has been a creative process in which I knew a lot of formulas, and discovered others along the way.

– The first “Rita & Champagne” emerged in Madrid. What was that experience like?

– That was in 2010. We did really well. Back then I had a lot of control and there was sufficient staff, under the leadership of my husband, Alain de Cárdenas. I worked with two chefs who now have Michelin stars, and with well-trained people who also helped me a lot. We named it “Rita & Champagne” as a tribute to the legend of the pizza. I wanted to offer a dish that everyone eats, but take it to another level, and place it alongside a very exclusive product, like champagne.

– What distinguishes “Rita & Champagne” in Havana?

– “Rita & Champagne” is the legacy of Madrid. In Havana we have many dishes that made us famous in Spain, but we have also incorporated new recipes. My kitchen is 50% formed by the Spanish school, and the rest is from home. Being back in Cuba has brought back many things and that means that new dishes constantly occur to me. I am always discovering recipes with our local raw materials.

Among the house specials is the fillet of red seabream with cassava purée and pork scratching salt, the traditional tamale casserole, or desserts like Cuban French toast, sweet curdled milk, and cream of sweetened caramelized milk. These are exclusive to Havana, but other dishes come from Madrid, like Eggs 69 and the pizzas.

– You are committed to using fresh products, with no preservatives. Is that difficult in Cuba?

– It’s difficult. You can’t find the same products all year round, and the presentation is not always the best, but in “Rita & Champagne” we work with what is available each season. We aren’t tied to fixed ingredients. I am creative with what I have, and if I can’t get hold of a certain ingredient at some point, we use another.

– Your black bean croquettes were even enjoyed by the Prince of Wales. What is your secret?

– I guess he viewed them as original, and they were tasty. I also made him mini tapas of fried plantain with okra, grilled fish, cornbread with braised ribs and some Cuban French toast. He was fascinated. For him it was like tasting Cuba in a single bite. It struck him that I would take something so typical of ours and make it into croquettes.

– What is Sahily’s secret ingredient at “Rita & Champagne”?

– The final ingredient always comes from the chef when trying a dish. The secret is in the palate of the cook. But yes, I use very particular ingredients. It’s really great when you manage to have an ingredient that always distinguishes you. I think I have it already, but I’m not going to tell.

– What other challenges do you face as an entrepreneur in Cuba?

– I am undertaking a professional change. I want to transform cooking by making very healthy things, and one of the plans that costs me the most sleep is the launch of the “La Enriqueta” brand. It’s a line of completely organic products, made using my recipes. The line includes oatmeal cookies enriched with products such as coconut, dried fruits, pumpkin; and marmalades with flavors such as tomato (the star recipe with three versions), banana-melon, ginger-pineapple, among others.

I am involved in a new project that will open its doors shortly, “Yarini” restaurant, on San Isidro Street, No. 214, where I will also be rescuing our Creole cuisine. At the same time, I aim to maintain the “La Bandeja” space, in which I participated during the Havana Biennial, and we have repeated in other scenarios, such as the Havana Art Weekend.

I would like to be able to contribute to the training of other young entrepreneurs, especially women. I am a mother of three boys and I have always had to overcome many obstacles. That’s why I want to be an example to them, to show that with perseverance, they can achieve great things. 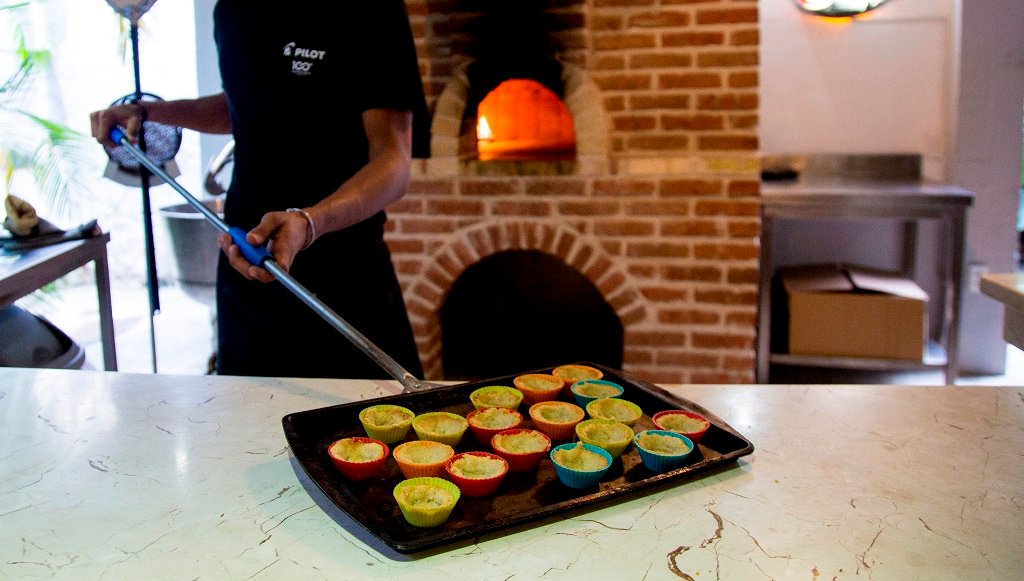